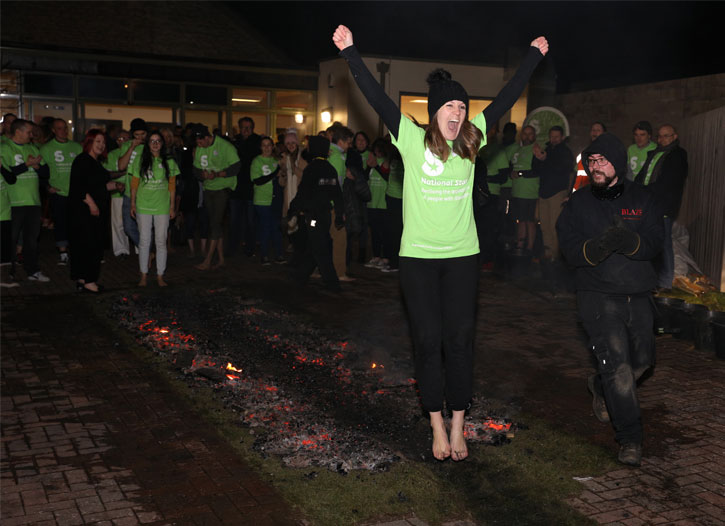 When it comes to fundraising for National Star, 69 people proved that they can stand the heat.

They walked barefoot over hot coals in National Star’s 50th anniversary firewalk, raising more than £6,000 for the charity.