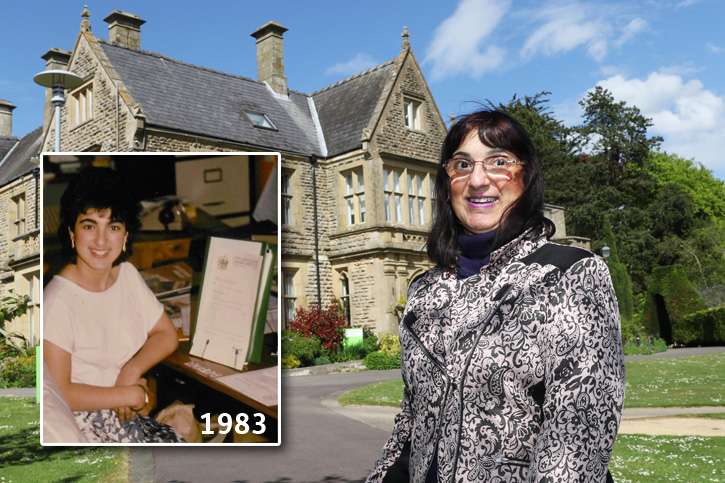 Andrea Riga believes young people with disabilities do not have the same opportunities she had when she was growing up.

She was a day student at National Star for three years from 1983 and completed her City and Guilds Foundation Course in Commercial Studies.

‘I have lived a normal life – I have married, divorced. I own my own flat. Thanks to my training at National Star and the opportunities in the work place, I have always had work,’ says Andrea.

‘If I hadn’t worked then I wouldn’t be in the position I am in today. It’s important for young people with disabilities to have the same opportunities, which sadly isn’t the case. It feels like we have gone backwards 40 years.’

As a teenager, getting a job was what motivated Andrea, who was born and brought up in Cheltenham, and was why she chose to attend National Star – then known as The Star Centre.

‘I always wanted to work but I was told that it would never happen and that I was too ambitious. I was determined to prove them wrong.’

In her third year Andrea, who has cerebral palsy, became a residential student so that she could develop her independence skills. She moved into the then new Moose Bungalow, which she shared with six other girls.

While at National Star Andrea passed her driving test and enjoyed the freedom of the road in her automatic Mini.

Thirty-four years later Andrea returned to Moose Bungalow – now named Malvern – to carry out a quality inspection in her role with Inclusion Gloucestershire.

‘It was wonderful to return in my professional role to the residence where I learned to become independent. It made me realise how far I have come and what I have achieved.

‘If it wasn’t for National Star and the course I took, I wouldn’t have gone on to get the jobs and have the life I have today.’