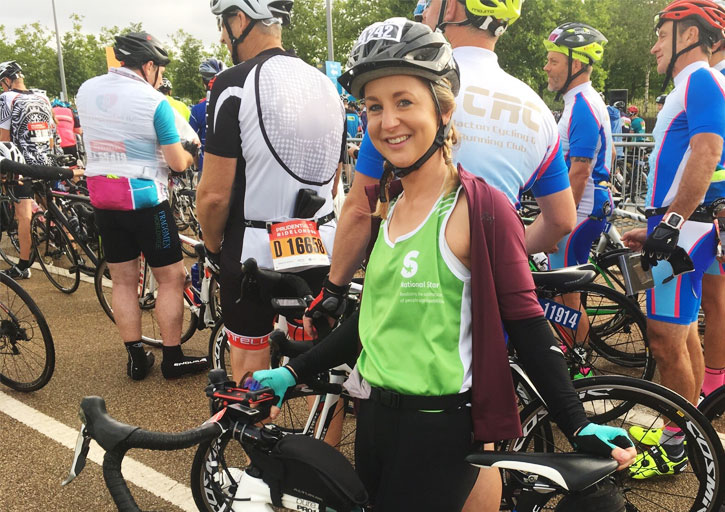 A primary school teacher got on her bike to say thanks to National Star for supporting her cousin during the charity’s 50th anniversary year.

Lynne raised over £1,600 in sponsorship.