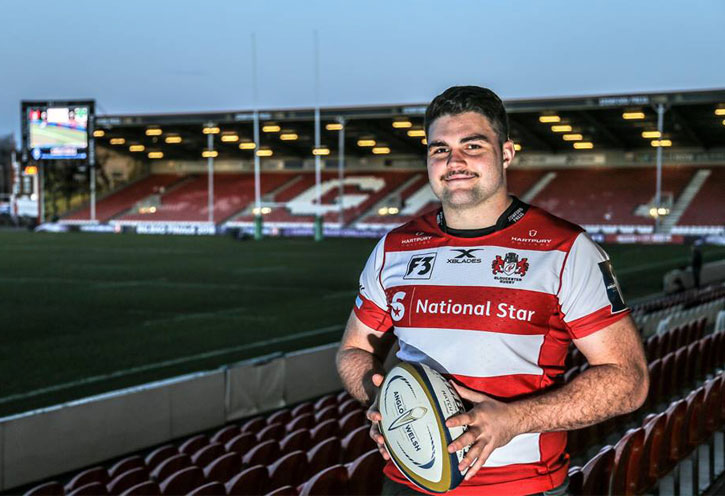 Mitsubishi Motors in the UK helped National Star celebrate its 50th anniversary with the donation of its match day rights for one of Gloucester Rugby’s televised matches.

It is believed to be the first time that a partner of a top-flight rugby club has supported a charity in such a way, with Mitsubishi Motors putting National Star in the limelight at Gloucester Rugby’s Anglo-Welsh Cup clash against the Ospreys, which took place on Friday 26 January 2018 at Kingsholm.

Mitsubishi Motors has supported National Star for over seven years and has helped to raise more than £100,000 for the charity. It has also previously provided vehicles to help with the college’s work. By handing over its match day presence, Mitsubishi Motors underlined its commitment to National Star and provided a far-reaching, innovative way to help significantly raise the charity’s profile.

The donation saw National Star replace Mitsubishi Motors as the main logo on Gloucester Rugby’s specially-made shirts. With the game being shown live on BT Sport, the swap of the logo brought National Star and its invaluable work to the attention of a six-figure audience.

Additionally, National Star took over Mitsubishi Motors’ presence in the match day programme, in the LED pitch side adverts and on the ground’s big screen. Gloucester Rugby is also provided National Star with a number of signed shirts for charity auctions.

David Ellis, Chief Executive of National Star, said: ‘This incredibly generous offer will have a huge impact in raising the profile of National Star locally and nationally. We are proud to be a Gloucestershire-based charity and for 50 years we have supported young people with complex disabilities to realise their aspirations. With Mitsubishi Motors’ support we will be able help young people and their families for years to come.’

Lance Bradley, Managing Director, who is one of National Star’s 50th Anniversary Ambassadors, added: ‘It’s a privilege to support and be a part of National Star as it continues its work to help their students reach their full potential through educational support and independent living. At Mitsubishi we are always looking for ways to help raise awareness of National Star.’

Gloucester Rugby’s Chief Executive Stephen Vaughan said: ‘We have had the support of Mitsubishi Motors for over 12 years and they have been our main partner since 2015, so we were delighted to work with them when they suggested handing over their match day rights to National Star. It’s very unique for a brand to donate its rights to charity and it’s certain to capture the imagination of our fans, especially as National Star is celebrating being in our local area for 50 years.’