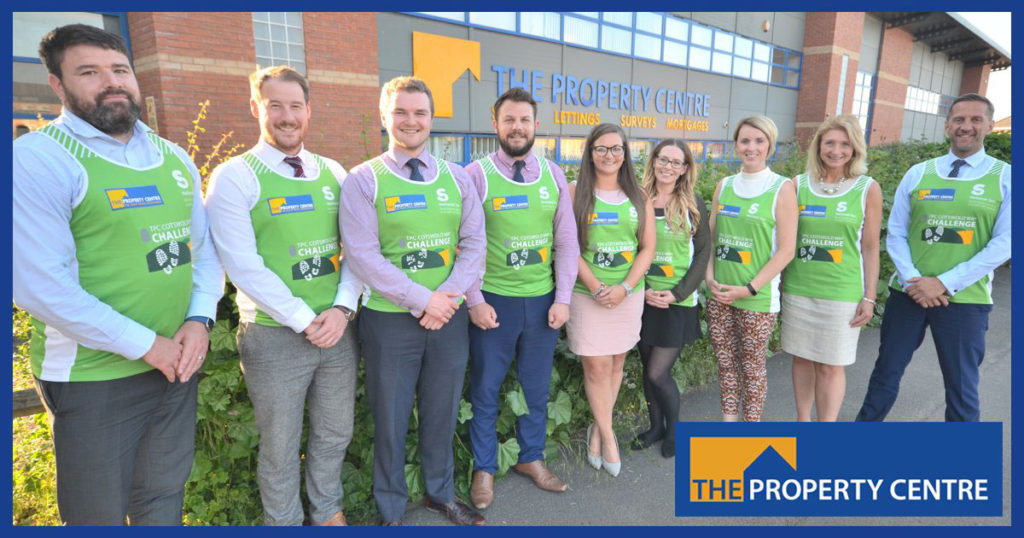 A team of 16 walkers from The Property Centre, a leading Gloucestershire & Worcestershire Estate Agents, took on the 100km challenge of the Cotswold Way to raise money for National Star during the charity’s 50th anniversary year.

The Property Centre, celebrating its own 20th anniversary year in 2017, is known for undertaking exhilarating challenges to help local charities, and this walk proved to be their most gruelling challenge to date, completed at the peak of a heatwave.

The team trekked for 36 hours to complete the challenge, raising over £3,000 for National Star.

Having previously supported National Star as its Charity of the Year and sharing anniversary years in 2017, The Property Centre team was keen to raise the bar with their fundraising event for this great local cause.

‘It’s 20 years since we founded The Property Centre, and as a proud local company we thought we’d mark our anniversary in 2017 by doing 20 things to support local charities,’ said Founding Partner, Steve Jones. ‘National Star does amazing work with disabled young people and we really enjoyed supporting the charity with our Three Peaks Challenge last year. With that in mind, we wanted one of the anniversary events to be a real “test” – which doing the Cotswold Way 100k Walk in under 36 hours definitely proved to be. We’ve managed to raise over £3,000 so far though, so all the blisters were worthwhile!’

Gill Henry, Head of Fundraising at National Star, was impressed with the efforts of all the walkers. ‘We are so grateful to The Property Centre for completing the Cotswold Way Challenge in aid of National Star and for raising such a fantastic amount. It was a brilliant achievement for all involved and we appreciate their continued support.’

Every penny raised through this challenge has enabled National Star to continue transforming the lives of young people with complex disabilities.