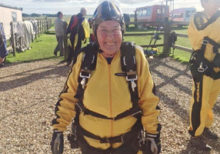 A super-great-grandma is marking her 85th birthday by jumping out of a plane to say thank you to National Star for giving her daughter a renewed love of life.

Kathleen Ellerker is doing a tandem skydive to raise money for the charity where her daughter works – and although it’s not her first time, the daring adrenalin-lover says it will be her last.

When she was 62, Mrs Ellerker did a loop the loop in a bi-plane, and another when she was 72. Her first skydive was two years ago and raised a small fortune for different charities. This, she says, is her last big adventure.

‘I’m a lively 85-year-old and I have so much compassion for people but I can’t do much at my age except jump out of a plane,’ she says.  ‘I’m not rich but I’m so rich living in England, with a big family and we’re all alright so it’s nice to help other people.’

Mrs Ellerker was delighted when her daughter Lillian Langley was employed as an administrator for National Star. When Lillian took her to meet some of the students she was bowled over by their warmth.

‘National Star are doing a marvellous job. The young people love it there and I’ve never seen Lillian as happy as she’s been since she’s worked there. She can’t wait to go to work,’ she says. 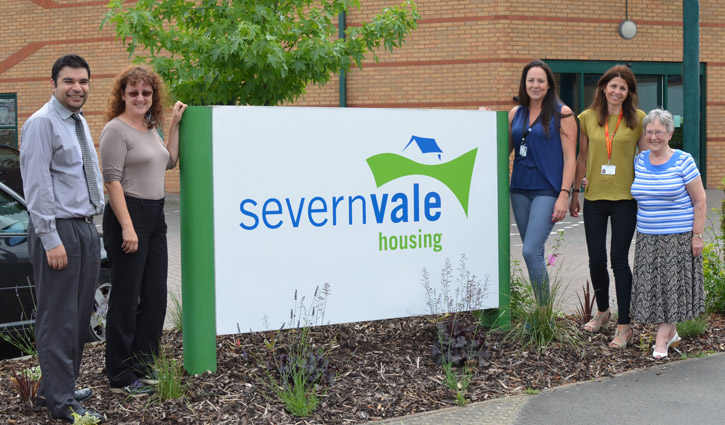 Kate said: ‘I am scared of flying and I usually have to have a large gin and tonic to get me on the plane, so I thought I’d do the skydive to help me overcome my fears and to raise some money for a great cause. I’m actually looking forward to it now.’

Mrs Ellerker, who has two daughters – but lost her third daughter five years ago – seven grandchildren and 12 great grandchildren with two more due in the coming months, says her family keep her young. She’s thankful to her generous friends, family and congregation at St Andrew’s church who have helped her raise almost £600. Lillian has raised another £100.

Lillian said: ‘I had been made redundant and had hit a low point when I got the job at National Star. It’s given me my confidence back. I’m really grateful to the college and mum appreciates that – she wanted to do something nice for them because they’d done something nice for me.

‘I’m very proud of her. I’ve said if for any reason she can’t do the jump I will do it, but I don’t fancy it so I’m wrapping her in cotton wool so she’ll be fine – she’s going to jump out of that plane if I have to push her out myself!’